Dear Valued Customers: Yay! Obis One expects to begin shipping in stock items for backorders and new orders this Sunday, May 29! Expect increasing offerings as we've begun full production to serve you (especially organic peeled black garlic cloves) which takes a couple months to get perfect. THANK YOU, THANK YOU, THANK YOU for those who have understood and as always, have our back. Know that this situation was beyond our control as we would never not perform with the highest standard of organic black garlic worldwide.

In the midst of the hustle and bustle for the holidays as a consumer and a merchant, we also need to spend some time to research and decide what crops we’re going to plant and harvest for 2014. We’ve planted our garlic and so far it’s off to a promising start as it nears its winter dormancy. 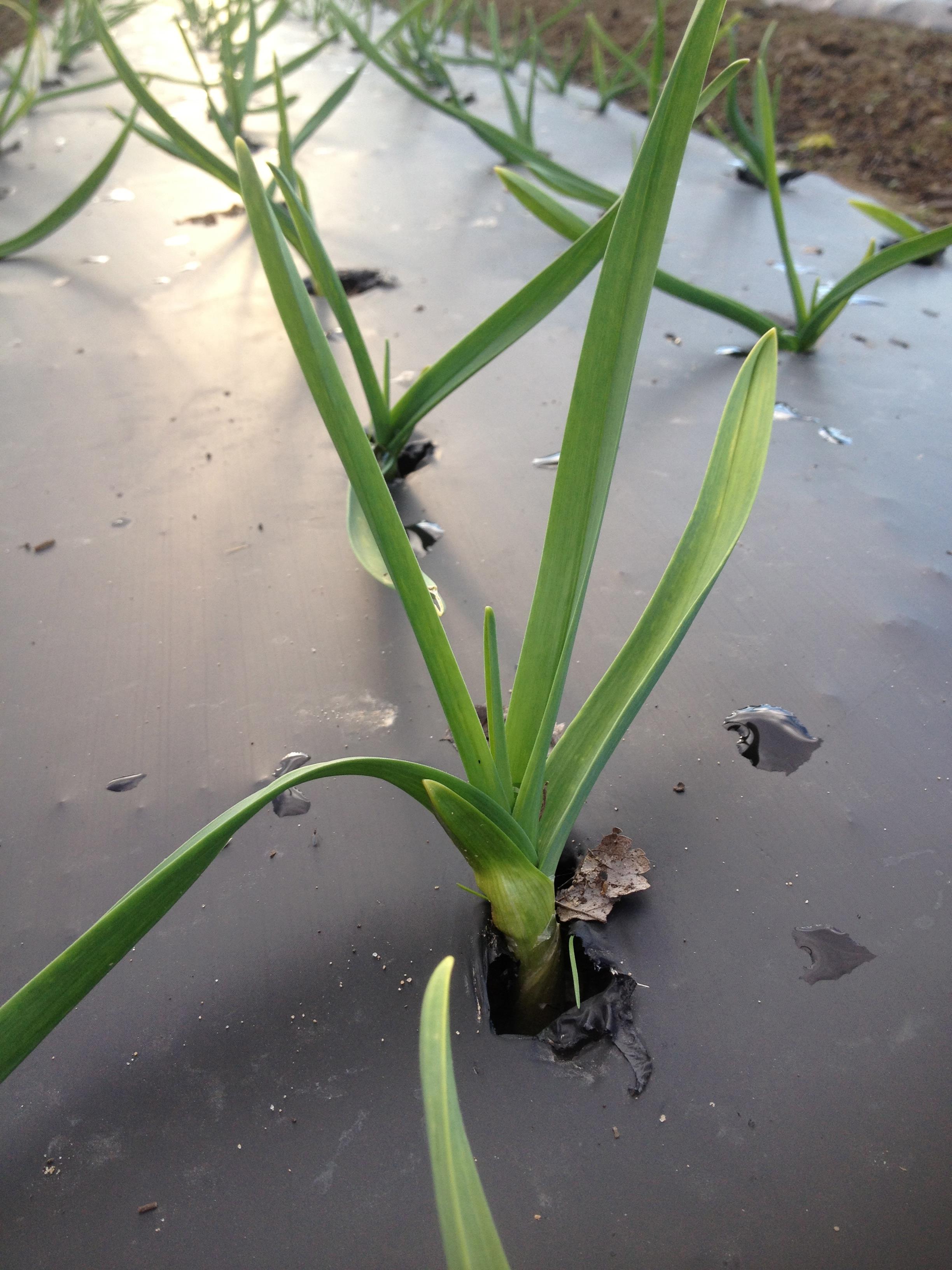 As crop rotation is an essential component of organic farming, we look forward to trying out different crops to grow each year in the land we aren’t using for the garlic. We explore the new and different varieties available and, as those of you who garden know, there are more from which to choose now more than ever. Persuing online seed catalogs is like being a kid in a candy shop for those of us who like to farm/garden!

My husband is designated as the agriculture architecture for the farm, and so far his track record for selecting vegetable varieties is great (ok – truth be told the NuMex Suave Orange Pepper plants didn’t quite make it to harvest). Among our favorites we harvested in 2013: Purple Bora King Radishes (big radish with big flavor), Blush Cos Lettuce, Glacier Tomatoes (first Jersey field grown tomatoes – smaller in size but packed full of flavor).

For 2014 we’ve been encouraged to expand our offering of edible flowers. The flowers are my department – to start last year, we planted nasturtiums. They were very prolific, looked beautiful to add color to a plate or salad. The leaves have a peppery flavor, almost like a radish. 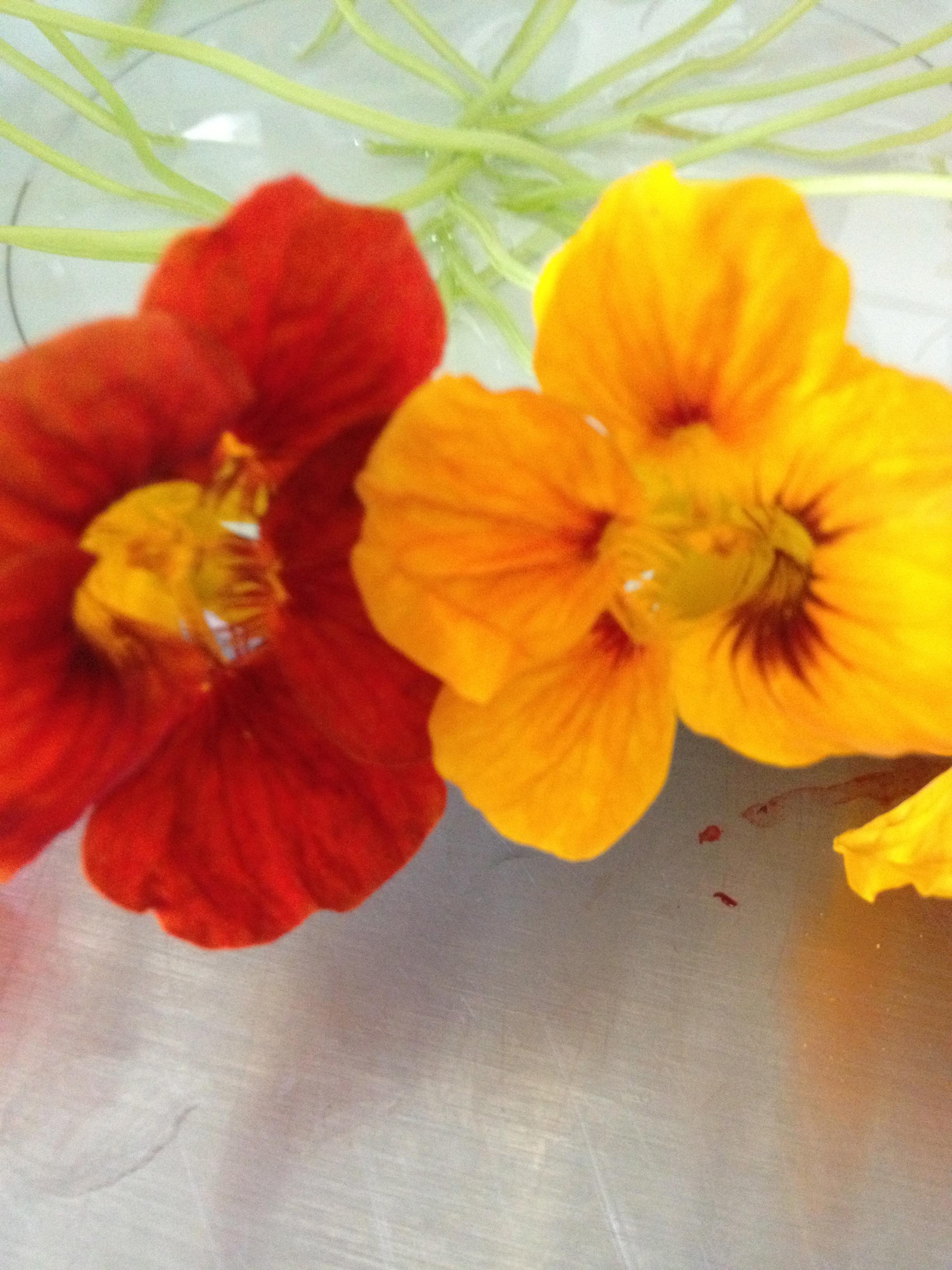 That was a pretty easy pick, since I knew that nasturtiums are an edible flower. We’re going to be a little more adventurous for this coming season.

In doing my research, I have found that there are many more species of flowers than I thought which are in the edible category. Did you know that fuchsia, gladiolus and johnny-jump-ups are all edible?

I learned as well that flower cookery dates back to Roman times, as well as Chinese, Middle Eastern and Indian cultures. Many are high in vitamin C and/or vitamin A. Use of edible flowers particularly popular in the Victorian era during Queen Victoria’s reign and now are gaining popularity once again as a culinary ingredient.

I haven’t come up with a final selection of what to plant yet – my problem is narrowing down the long list! I did want to share, though, a couple of sites which have been very helpful in learning about edible flowers: www.whatscookinginamerica.com and Edible Flowers – Colorado State University Extension in case you’re interested in giving some a try!